Salvatore Camp, the third head coach in Glen Allen Jaguar football history, confirmed to RVA Sports Network that he announced his resignation on Wednesday, ending a three-year tenure on Staples Mill Road which saw Glen Allen make the playoffs in 2018 for only the second time in program history.

Camp also coached the Jaguars to their first-ever playoff victory in the Region 5B First Round at Atlee last November. The team finished 9-3 in 2018, losing to eventual Class 5 state champion Highland Springs. Camp went 14-18 over three seasons.

The search begins immediately for his replacement. Camp plans to continue teaching at the school. 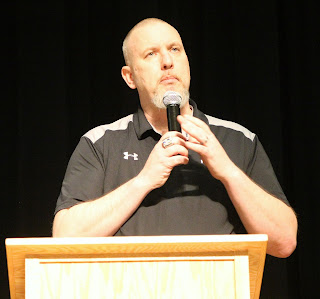 Posted by robwitham at 1:30 PM