With the conference era of the Virginia High School League (VHSL) behind us, basketball, as well as baseball, softball, soccer and other sports begin to resemble the football path to a state championship, where playoffs begin at the region level, then proceed to state tournament play.

Before breaking down how each region plans to run their tournaments (based on information sent to RVA Sports Network by Tournament Directors or posted by the VHSL), let's remind you of a few important things.

1) Each region can determine how their tournaments (boys and girls basketball) are to be held (number of teams, locations, etc.). Tournaments need to be completed by February 27. The State Tournaments are to begin on March 2nd.

2) The VHSL will not use "Super Sites" for State Quarterfinal and Semifinal rounds as was the case last year. The Quarterfinals are March 2 and 3, the Semifinals March 5 and 6, and should be at higher seeds (i.e. Region Champion for quarterfinals, highest seeded quarterfinal winner in semifinals). All State Championship games are at the Siegel Center at VCU in Richmond.

3) This year, as in football, Region A and Region B will meet in quarterfinal action (B Runner-Up vs. A Champion in Richmond, Region A Runner-Up vs. Region B Champion in Tidewater). Winners play in the state semifinals, so, there's no chance of two teams playing in the same region meeting in the State Championship.

4) Regions can create their own formulas for seeding for their tournaments, so don't go strictly by current win/loss records. We will not attempt to do so unless we receive official standings from a region as the regular season winds down. Some regions, like Region 4B, will have all of their teams qualify, others only eight.

*****
NOTE: All following information covers both boys and girls tournaments for each region.

REGION 3A: Not Available 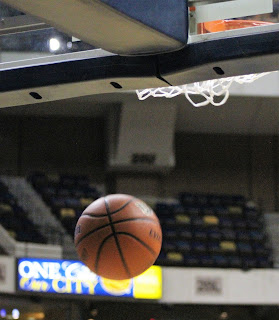