Twice before, Hanover girls tennis had made it to the 4A State Championship, only to fall to former Conference 20 rival Midlothian.

But, entering her senior season, Stephanie Broussard, an accomplished player in USTA circles, decided she'd like to play for her high school in her final opportunity. What ensued was a magical season that saw Broussard sweep to the 4A Singles and Doubles Championships, the latter with sophomore Madison Moore as the Hawks never lost a team match, finishing unbeaten and, for the very first time, state champions.

On the surface, people would think the addition of Broussard made all the difference, and while it certainly played a major role, it was her addition in practice, iron sharpening iron, making a deep, experienced, but young roster get better and better day after day. That was what gave the Hawks their advantage each time they stepped on the court.

Broussard and her classmates have now left their mark on Hanover girls tennis, but the majority of the players are returning for a run at the new Class 4 state championship come 2018. Thanks to 2017's unforgettable season, they will be ready to try to go back to back.

Congratulations to Coach Hein, the staff and the players for a historic season for Hanover girls tennis! 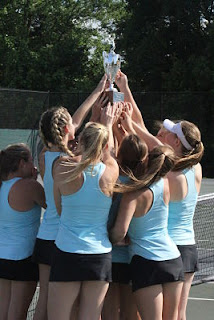 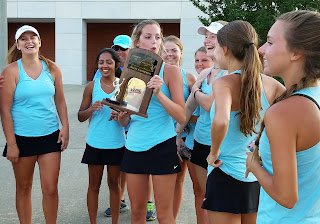 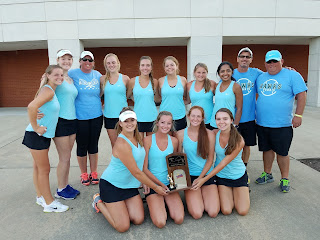 Posted by robwitham at 7:38 AM