This was the kind of match that never looked like a Top 10 Games candidate for the first two sets. But, by the end of the night, it became a match where 100 people attended, but 1,000 people will swear to you they were there.

It was expected to be a mere formality that the Mills Godwin Eagles, who already clinched their berth in the 5A South Region Tournament, would win the Conference 11 Tournament Championship against overmatched Douglas Freeman, and, when the Eagles won the first two sets 25-20, 25-15, everything seemed to be following script.

That is, until the Rebels deviated from it. Ellie Biese, Ashley Frederick and the rest of the Freeman squad rose to the occasion, making the third set one for the ages, staving off elimination, and finally putting away the Eagles in a 33-31 marathon that had the assembled holding their collective breath point after point after point.

Suddenly, every non-Godwin fan rallied behind the underdog Rebels, and, for a moment, it looked as if we would go to a fifth set tiebreaker. But the Eagles ended the upset threat, barely pulling out at 26-24 fourth set win to clinch the Conference 11 title.

Biese had 22 digs and two aces, Molly Herring 12 kills for Douglas Freeman, while Nora Saxman registered 59 assists, Ayanna Swan 32 kills, and Mackenzie Brewer 19 kills for the Eagles on a night where everyone was reminded, it truly is not over until it's over.

Mills Godwin and Douglas Freeman girls volleyball, the Conference 11 Championship, our #6 Game of 2015-16! 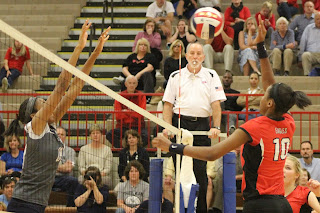 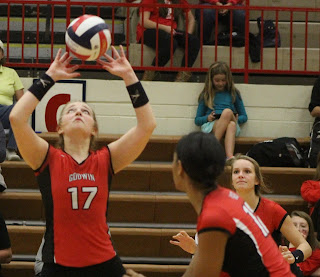 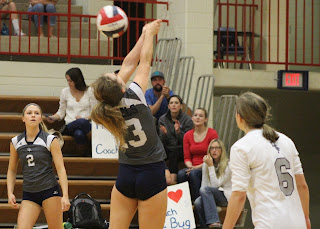 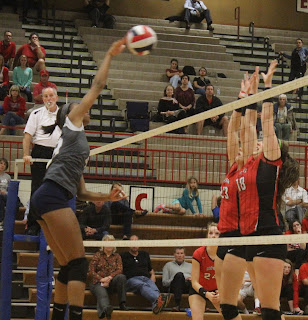 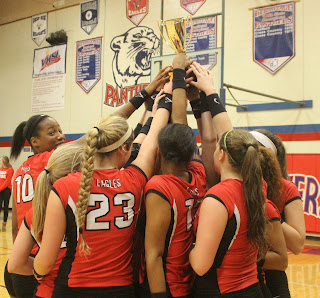 Posted by robwitham at 4:58 PM